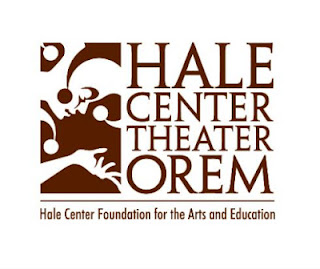 Recently, Hale Center Theatre held auditions for the musical “Guys and Dolls.” I performed in this production when I was in high school. After I was cut from the high school basketball tryouts because of politics, I focused all of my attention in the performing arts. As a teenager I was a drama geek in all respects. I am not ashamed to admit it because I had a lot of fun because of it.

After high school, I did a few productions for various community theatres such as Riverton Arts Council, Draper Arts Council, and Draper Historic Theatre. Every one of those experiences were very interesting. The best way to describe my service to them would be just like the movie Waiting for Guffman. (Hopefully you are not offended by the “foul language” in it.) 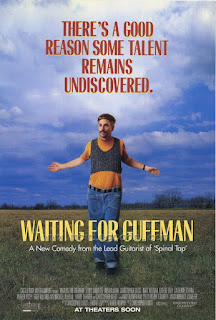 Over a decade later, I decided to take one for the team and audition for Hale Center Theatre in Orem just so I can share my experience with you, my beloved followers. I had season tickets to Hale a few years ago and my overall impression of it after one season was that their performing quality was equivalent to what I endured watching community theatre...except that Hale has a budget to work with (thank you, Governor Huntsman) and they can afford better props, costumes and other spectacles that a community theatre with a starving budget the size of a ham sandwich does not have. I had to call and schedule an appointment to audition with their theatre receptionist which was foreign to me.

April 15, 2013 (Audition day) After being tipped off by a former Hale Center Theatre performer on what to bring to my audition I brought the following.


2.       A performance resume listing all past productions
3.       A prepared musical number of 16 bars of a piece similar to the musical but not from the musical
4.       Audition application

The difference between this and a community theatre production is that Hale actually pays the performers, which gives them some incentive to actually show up and put forth effort. According to the audition application you were paid either by being single cast (you perform every day) where you get paid $30 a show or double cast (you perform every other day) where you get paid $20 a show. You also apparently get paid 200-300 dollars for rehearsals so if you are commuting across the valley this severance would almost cover the cost of gas to get there.  Since you are being paid for the show they also want to know every obligation you have between applying and closing night. They had a calendar attached to every application and you had to mark all the days and times you would be unavailable. They encourage you to show up 15 minutes prior to your audition time to fill out the application and calendar.

The actual audition: this was the best part. After I had filled out the audition application, the audition usher stapled my resume and glamor head shot to the back of the application and immediately whisked me in early to the room to audition in front of the production staff (apparently they were insanely ahead of schedule). Have you ever seen the Orem Hale Center Theatre building?  It’s ghetto! It looks like it’s ready to fall in on itself. To audition you had to enter through the back door leading to the basement. The actual room where we all auditioned was--get this--a walk-in costume closet! I kid you not! They led me in through a plywood closet door and there in the room, huddled snuggly around a card table, was the director and five of his production staff. Next to them was a nice little lady on a cheap looking Kawasaki keyboard who was supposed to accompany you in your musical number.  I gave my sheet music to the pianist. My piece was a the first 16 measures to “Seize the Day” from Newsies. Everyone said nothing, they just stared at me. I introduced myself and that I was a first time auditioner for Hale (which is probably what killed my chances) and I announced my piece. I performed my song with gusto and they said nothing. I asked is that it? The director said, "Yes, thank you. You can leave now." I heard someone comment as I left, “He has a high range.” The application specifically said to not contact them after the audition and that they will contact you if they need you. I was never called back and frankly, I’m glad. That would be a lot of work for the whole summer.

What is your opinion about Hale Center Theatre in Orem? Do you think its ghetto?
Posted by Kirk Baxter at 10:17 PM