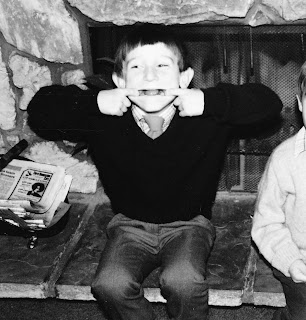 I was labeled the evil child in my family. Yes, every family has one. If you ever get to see any of our corny family home videos from the 80’s and 90’s you would always see me doing something mischievous or saying something off-color followed by my father yelling at me to stop teasing my siblings. “There’s Kirk the Jerk!” you can still hear that in most of my family’s footage. 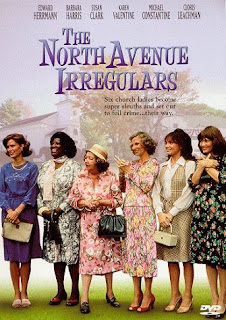 I am so different from my family. They are all quick to back down from any confrontation and I choose to cause drama. Because of my rowdiness (and constantly getting in trouble with my parents whenever something broke or someone got hurt physically or emotionally), I was always the first notorious suspect called in for interrogation and most of the time blamed for it even if I was innocent...which was seldom.

Many years ago my dad recorded a movie off of television called The North Avenue Irregulars. The plot of this movie is irrelevant to this story except for the fact that there was a scene where a priest is kicked out of a underground gambling organization with no pants on and he has to pound on the door of the fake dry cleaning store in just his boxers and upper clothing.

This scene inspired my siblings so much that they had to reenact it. I was in the family room watching a bad movie on television when Fascott stormed in and told me that Fajon had wrestled his pants off of him and threw him out the front door. I wasn't really paying attention to him and just wanted him to leave so I could get back to my movie, so when he asked if he should do the same thing to him I said halfheartedly, “Sure why not.” He quickly left to find Fajon. Twenty minutes later, my livid mother yelled for me to come to the living room. All my brothers were sheepishly sitting on the couch. I said, “What the heck?” my mother then began her potent monologue:

“Kirk, sit down, we need to talk! I just received a call from our neighbor, who lives across the street, who, might I remind you, is a cop and works with battered and abused families. She asked me why she saw Fajon locked outside and pounding on the front door with no pants on. I am very disappointed in you Kirk, how could you do that to poor Fajon? You are always picking on him. You are lucky that she hasn't come over here to arrest you.”

The image of Fajon outside in his whitey tighties cracked me up. I told my mom that I didn't do it. She said, "I don’t care, I know you had something to with it!" She then went on to lecture us on virtue and how we all need to have good visible public relationships. I wasn't really listening at this point. I mostly tuned her out because I believed I had nothing to do with it. I felt like Sadam Husein getting overthrown and hung after the 9/11 tragedy occurred.

True, growing up I was a scallywag, but I also added savor to the otherwise bland lives of the Baxter family.

Are you an evil child too? Or are you tormented by one?

(The names of the people in this story have been altered for privacy.)

Inspired by the blog: Everybody's Speshul
Posted by Kirk Baxter at 8:06 PM

Email ThisBlogThis!Share to TwitterShare to FacebookShare to Pinterest
Labels: Ripped from my private journal