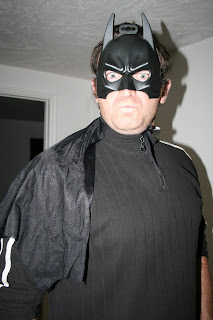 I am a very avid fan of Christopher Nolan films. Especially his work on the resuscitation of the Warner Brothers' Batman movie franchise. I loved the movie The Dark Knight and it left us at a major cliff hanger just waiting to see what happens next. Captain Obvious could even tell that Nolan intended to make a third movie with the primary antagonist being the Joker because he set it up so well in The Dark Knight. Unfortunately for Nolan, his actor that the played the joker, Heath Ledger, died suddenly and accidentally shortly before the movie was released in 2008. Some say that Nolan took this news hard.  Ledger spent months alone reading dark books written by people like Sex Pistols bassist Sid Vicious, and mimicking his character. He also read other books by mentally unstable authors so he could develop the creepy schizophrenic personality that Nolan was looking for. Some people think that this was the reason why Ledger accidentally intoxicated himself on medication to relax him. Perhaps the excessive workload also wore him out, which also lead to that tragedy.


Holy Bat-Crap Batman! Batman 3 False Rumors
On the internet you can get all sorts of false rumors like who the next villain will be and which actors and actresses will be back. Since my favorite pastime is checking in on the progress of this movie, I've had to read through a lot of malarkey. Like the Riddler will be played by either Eddie Murphy or Johnny Depp. And the Catwoman will be in it too and she will be played by either Megan Fox, Angelina Jolie, or Maggie Gyllenhaal, (she played Rachel Dawes in The Dark Knight). Other rumors are the Penguin will be in it and he will be played by Philip Seymour Hoffman. Another rumor is that they will recast the Joker and He will be played by Crispin Glover and that he would introduce Harley Quinn into the show played by Sarah Jayne Dunn.


Dark Knight Sequel Facts
Although I would really enjoy the last stated rumor and I would really love to see more of the Joker in the next film (since Christopher Nolan left us literally hanging with the character at the end of The Dark Knight), it a known fact that Nolan will not have the Joker in the next film as he stated in his interview with Empire magazine. When he was asked why he was not recasting the Joker for the third film he said: "No... I just don't feel comfortable about it."
So here are the facts that I have found out coming from Nolan, and his writers:
Fact #1 Christopher Nolan has agreed to direct the third Batman movie.
Fact #2 The original characters and cast that haven't died yet will all most likely be back in the third one, with actors like Christian Bale, Michael Caine, Morgan Freeman, and Gary Oldman.
Fact #3 The writers, David Goyer and Jonathan Nolan, have come up with a great script that is meant to finish the trilogy. I like this idea because anything can happen.
Fact #4 Warner Brothers have announced the release date for the movie will be on July 20, 2012. So fans like me can wait a little longer now that we know there is a definite calender date to wait for.
Fact #5 The Joker will not return in this movie. Rumors say the Riddler will take his place, but nothing definite to post as a fact on that yet.


I will keep learning the facts about this new untitled movie and post them on a frequent basis.
Posted by Kirk Baxter at 7:21 PM