We have now survived another doomsday end-of-the-world scare. I am creating a T-shirt which says: End of the world survivor 5 times and counting. The end of the world scare has been with the human race for centuries. I will only count the end of the world threats that I have personally witnessed in the last three decades. Let’s see if you recognize or remember any of them.

Nostradamus: Nostradamus predicted that the "King of Terror" would come from the sky in July of 1999 with seven months of all sorts of fears of the end. I remember watching Fox 13 News when that day was supposedly upon us and I thought nothing of it. 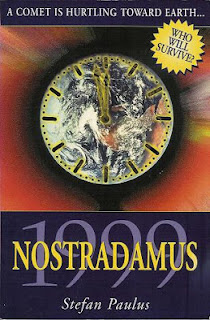