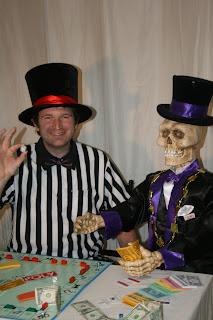 We have survived another election year. This was the year where you had to endure everyone's Facebook posts about their personal opinions on politics and who they think you should vote for. I have decided to throw my two cents in as well, just to get this off my chest and move on to other things.

Two years ago I got to visit Washington DC. I was able to score a tour of the Capitol building but was unable to see the White House (mostly because at the time the Democrats didn’t want any Republicans even touring the White House.) Even though I am not a Republican, the state of Utah and our senators are, and that is who you need to contact to set up big tours like that.


While on the tour of the Capitol building we got to go into the actual room where congress meets. I then had what they do in that room described to me by one of Jason Chaffetz's fresh-faced interns.


In order to best describe how congress works I will compare it to playing the game of Monopoly with my wife’s family: 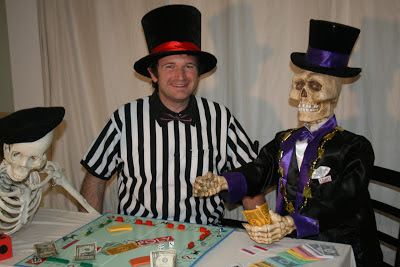 When the game gets to its climax, all of the properties have been sold and everyone is trying to make a deal with one another to create monopolies and build hotels on them. My wife’s sisters, "Fanna" and "Falaina," have sworn ever since they were little to be the closest, best friends, regardless of what may come between them.

So when "Fanna" runs completely out of money, Falaina slips her a couple one hundred dollar bills under the table to help bail her out. The entire group playing the game is surprised to see that poverty-stricken "Fanna" was not only able to pay off her mortgages but also purchase real estate. She then coerces my wife’s brother, "Fascott," out of Boardwalk, since he landed on one of her newly-established monopolies with houses on it and can't afford the rent.


My wife and I are fully aware of "Fanna" and "Falaina’s" undying love and devotion for one another and we know full well that they are conspiring with one another to cheat at this wholesome family game. My wife and I now have no choice but to form an alliance with one another and do the same thing the sisters are doing with money: trade under the table to build up our own monopolies and property to stand against them.


Eventually the remaining players catch on to the surrounding corruption and have no choice but to pick a side and join one of the parties to survive. Sometimes my wife or I have Boardwalk and sometimes the foes do, depending on the luck of the dice. While the game drags on, the leading team then manipulates the house rules to help their own cause. (And likewise with the other team.)


As you can see, with the ascending money and corruption, the game never ends and this processional march around the board by all the players gets nowhere.


This is how our government works. I felt so dirty sitting in that room at the nation’s capital.


What is your opinion on government and politics? Do you think it really matters which bi-partisan group runs our country now?
Posted by Kirk Baxter at 7:50 PM

Email ThisBlogThis!Share to TwitterShare to FacebookShare to Pinterest
Labels: Fun with Fanna and Falaina, Up on my Soapbox