Alternative Fuels: Is there a Solution? Chapter 7, Researching Propane 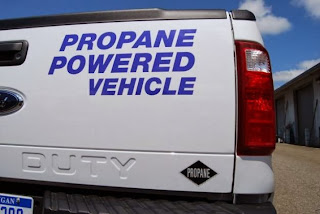 In my alternative fuels class, we were given a final project to research and present a 15-minute lecture on a certain alternative fuel. Everyone in the class had to do something different, so I chose to do mine on propane.

The technicians from Freeway Propane were nice enough to provide me with some information. This is what I learned: propane is a clean-burning fuel and is supposedly more abundant and easily accessible than CNG. I found out the overall cost to convert a vehicle into a bi-fuel propane / gasoline truck would be around $17,000. This is about the same cost as a conversion to CNG. That is very pricey.
Pros to owning and maintaining a propane vehicle:


One of my questions in researching propane is why it is considered the red-headed stepchild of alternative fuels. Here's why. 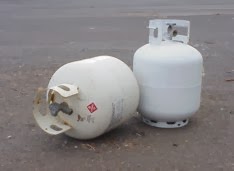 Cons to owning and maintaining a propane vehicle:

This research helped me decide to never consider getting a propane vehicle since it is also not a cost-effective alternative to gasoline.
This drawn out series of blogs will be concluded next time. What do you think my personal solution to our oil crisis is? Find out on my next blog.
Posted by Kirk Baxter at 6:32 PM