Alternative Fuels: Is there a Solution? Chapter 8, Conclusion

So, as of now, I have opened up all of my study notes and travel logs to you, my beloved followers, on my struggles with alternative fuels. I will now summarize the gist of what my alternative fuels class offered at UVU.

Accept the fact or not, but we as a nation are addicted to oil! If you look at the statistics on oil barrels consumed a day the population of the U.S. is the leading consumer, with a population of 3.1 million. China has a population of 1.4 billion. So why are we consuming 12 million barrels a day more than the most highly populated country in the world? 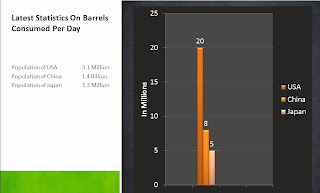 Obviously with the limited diminishing supply and the rapid demand we are starting to find ourselves in a crisis. Well then, why don’t we stop this rapid oil demand by switching to alternatives? It’s not that easy. Petroleum is used mostly, by volume, for producing fuel oil and petrol (gasoline), petroleum is also the raw material for many chemical products:

Why do we as individuals choose not to switch our vehicles to an alternative fuel? 10% Conspiracy, and 90% America’s lack of education and fear of change.

While I was in class we had many guest speakers who were inventors and some were crack pots and some agreed that they did encounter threats from big business and shareholders invested in the automotive business because they felt threatened. The threat is shown clearly in the documentary you can watch called “Who Killed the Electric Car?” 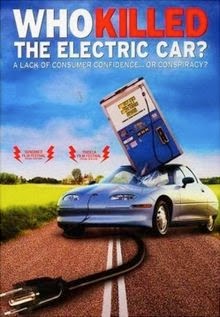 Every guest speaker agreed on the above-mentioned statistic that we choose not to change because it’s mostly lack of education and fear of change. For that reason I have created this blog to hopefully help contribute to finding the better alternative.

What is the solution?

Here is my own personal solution on what I will do next. The hybrid is a genius system that is just barely being offered on the market by dealerships. It has a continuously variable transmission which helps switch between gas and electricity. The system is supposed to save you a ton a of gas mileage. Chevy and Ford only have expensive brand new ones right now so I’m waiting until they are a little cheaper. 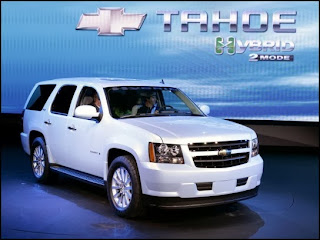 Another cost effective alternative is the 3 cylinder Geo Metro. The engine is small, and thus you get the best gas millage. The only drawback is that it isn't family-size friendly. 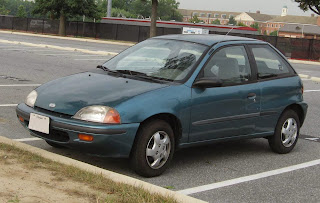 Do you agree with my solution or do you have a better idea?
Posted by Kirk Baxter at 7:59 PM