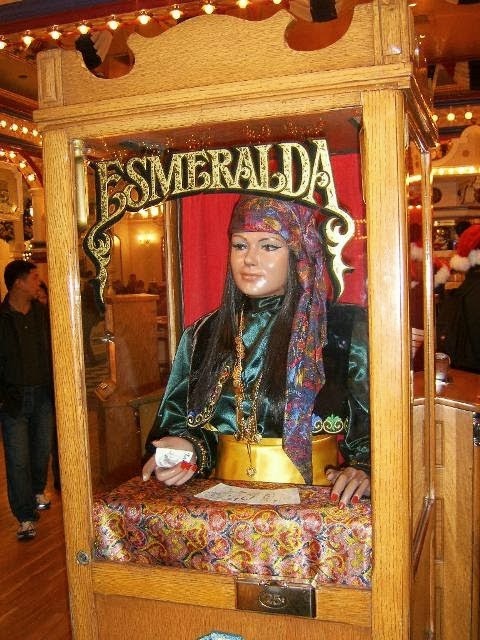 Legend has it that when Walt Disney was young he had a fortune teller give him his fortune. It wasn’t good. She promised him that he would die a painful death at the young age of 30. Even though that fortune never came to pass, it affected him negatively for the rest of his life. When his imagineers were designing and constructing the Penny Arcade on main street in Disneyland, he was reluctant to put in Esmerelda (the fortune-telling arcade game) unless they could promise him that she would only give out good fortunes.

The legend or rumors in Disneyland is every now and then Esmerelda has been known to give out a bad fortune. That is why Disneyland cast members frequently drop a quarter in her slot to see if they will be one of the rare people to get a bad fortune. 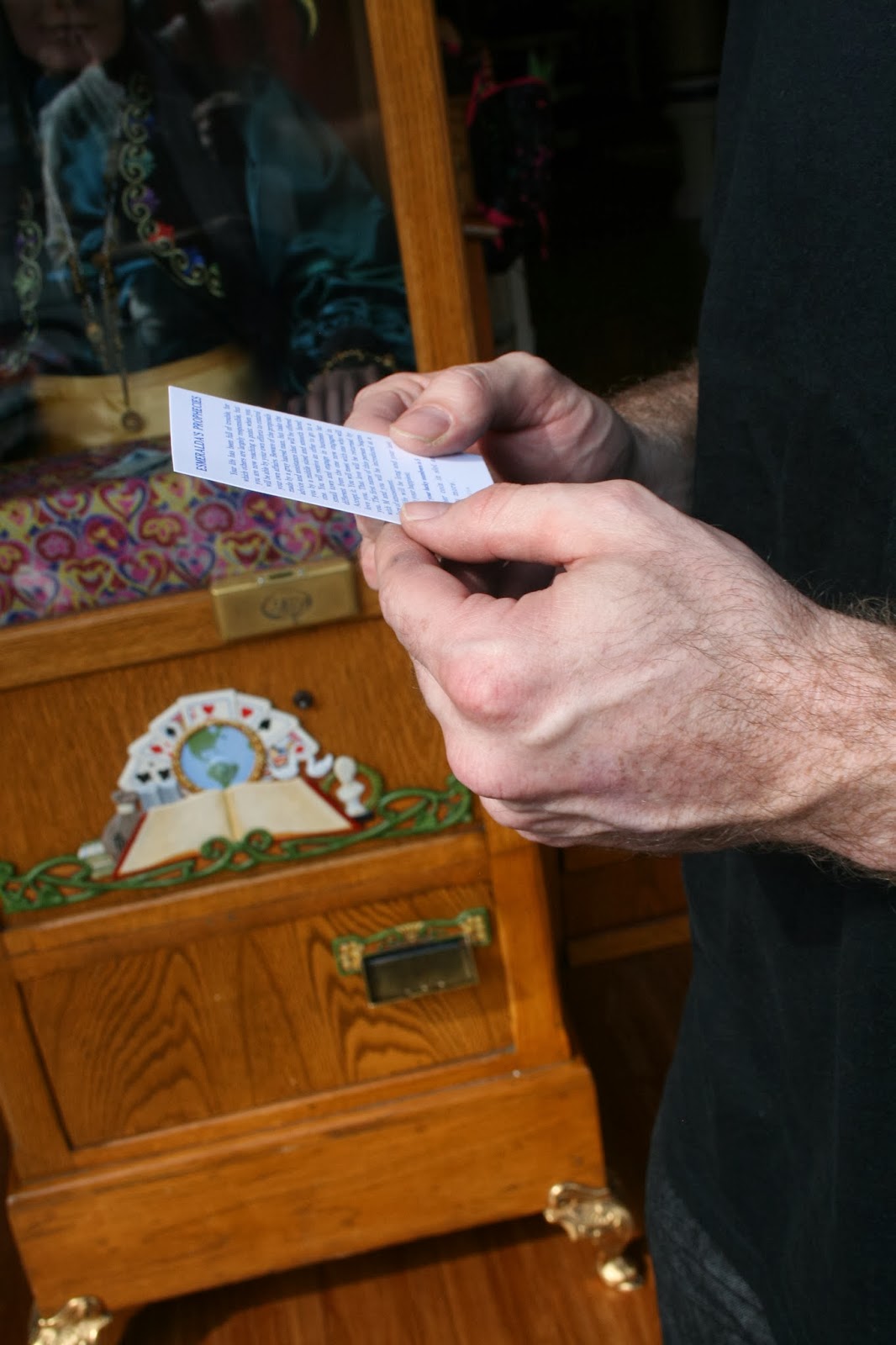 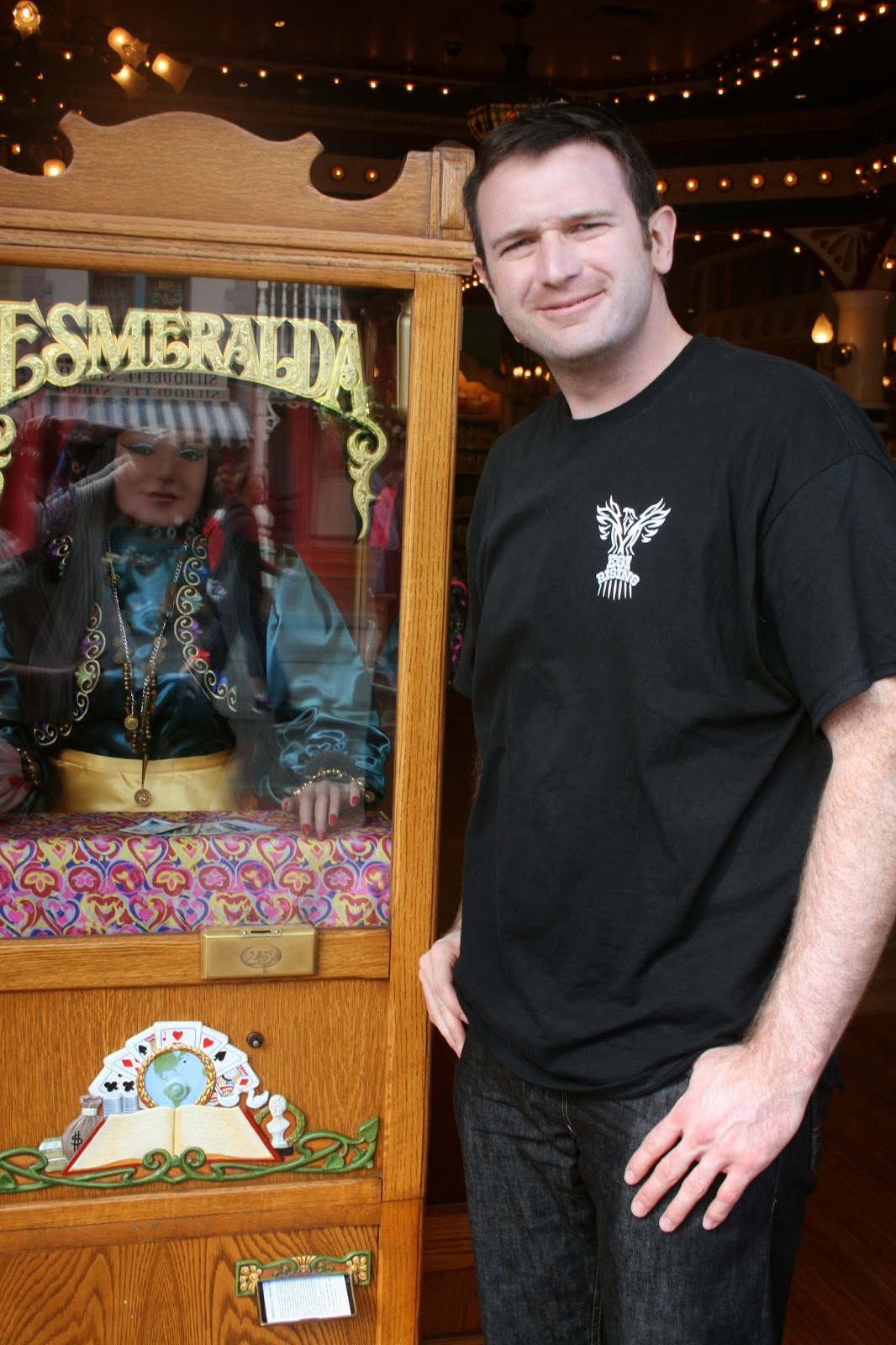 Whether this legend is just a business scheme (or not) I had to try my luck with the machine to see what I would get. This is what it said: 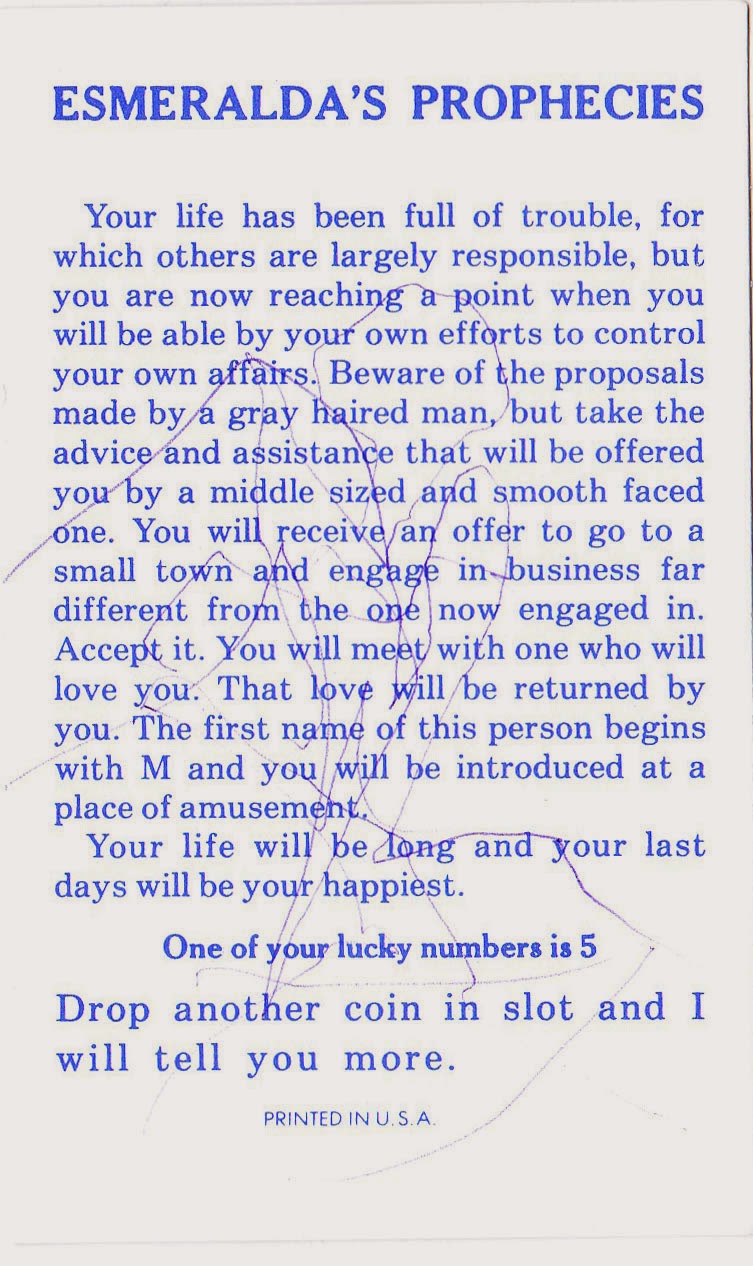 Have you ever tried one of these things before? Do you think it’s full of it?
Posted by Kirk Baxter at 12:34 PM